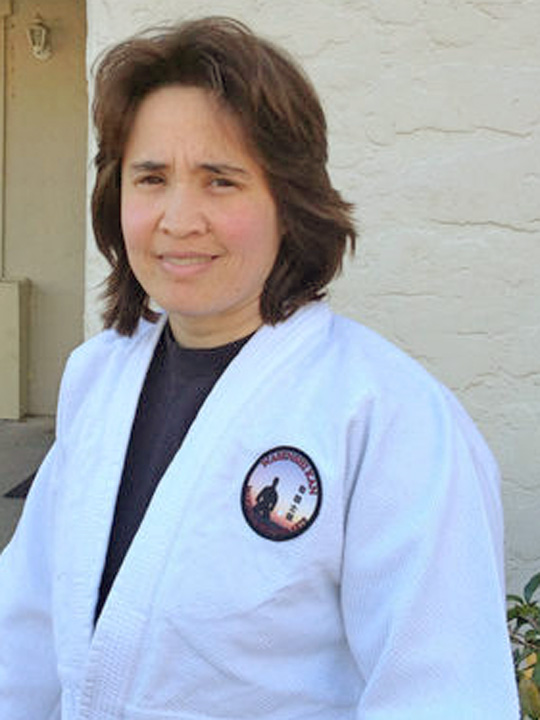 Professor Nerissa Freeman, Rokudan (6th degree black belt), is the founder and school head of Wasenshi Kan Martial & Healing Arts. In 1990, she began studying Danzan Ryu Jujutsu at Makoto Kai in Woodland, California under Cynthia Frueh Sensei. She received her shodan (1st degree black belt) in 1995 and then began expanding her studies of the martial arts. She received a sandan in Kodokan Judo under Coach Willy Cahill and studied Pentjak Silat Ratu Adil under Gabriel Torres, Sr., a direct student of Rudy Ter Linden. Her jujutsu training then continued at Makoto Kai Dojo and she became co-school head in early 2005. She continued in this role until founding Wasenshi Kan in October, 2012. She is always looking to advance her training, and studied muay thai under Ajarn Andy Khensamphaph for five years. She also graduated from Okugi® 2013 under Professor Tony Janovich with her kaidensho and Danzan Ryu Jujutsu instructor title of kyoshi. Currently, she studies Toyama Ryu Battodo under Mike Esmailzadeh Sensei, school head of the Suigetsukan. Her training has also included the healing arts, and she is a Licensed Physical Therapist as well as a Certified Massage Therapist in the State of California. Her massage therapy training began shortly after she started practicing jujutsu and has focused on Danzan Ryu Restorative Therapy and Seifukujitsu. She is also a graduate of the Basic Level of the Original Okazaki Restoration Massage under Keith Okazaki Sensei, grandson of Master Henry S. Okazaki. The emphasis on personal growth, service to others and the community, as well as the many lifelong friendships she has made are what have kept Professor Freeman with the AJJF, Danzan Ryu, and the martial and healing arts. She is guided by her current sensei, Professor Sheryl Hager, school head of Redding Jujitsu Academy. 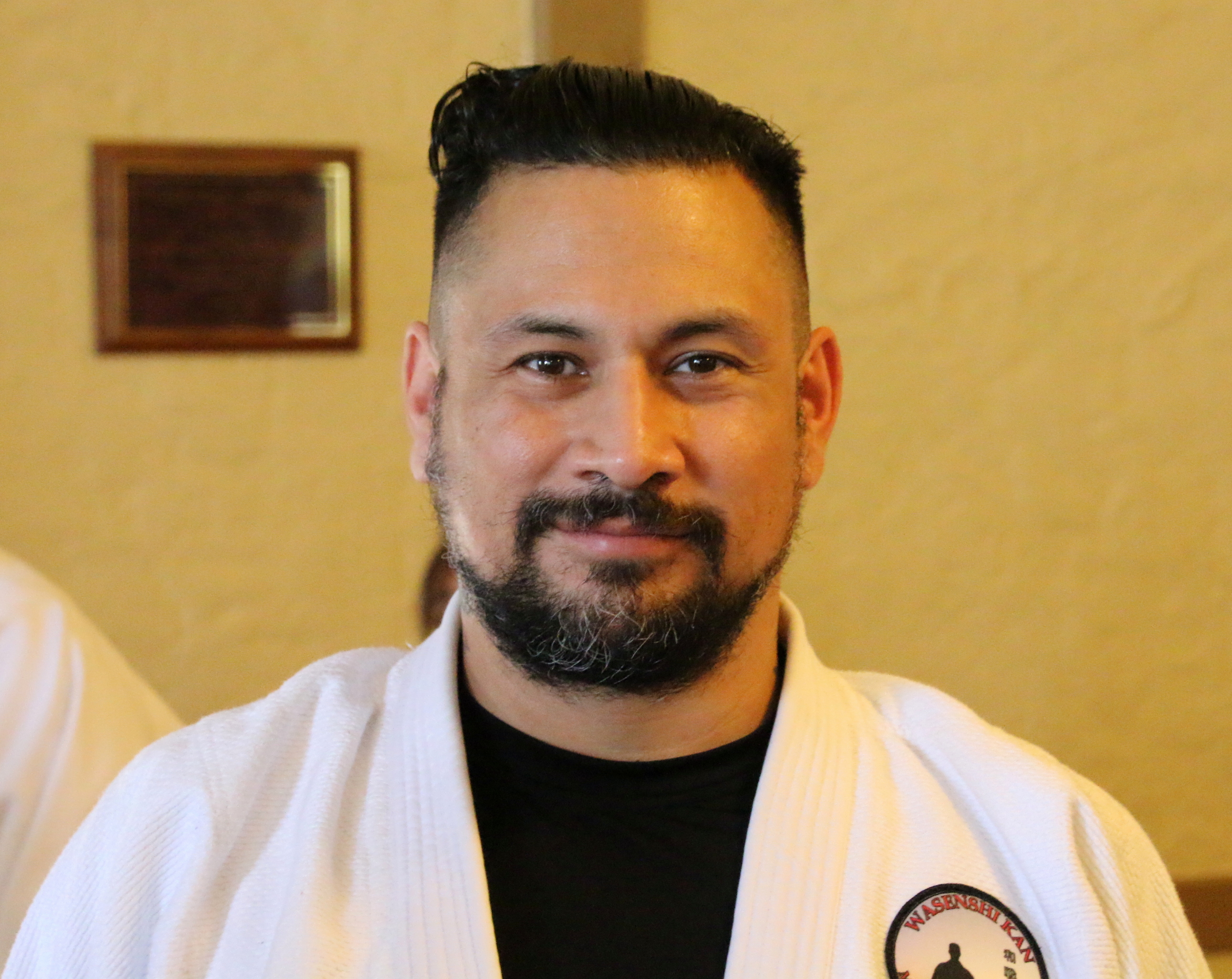 Rodrigo Garcia, Nidan (2nd degree black belt) began practicing Danzan Ryu Jujitsu in 2007. He earned his nidan in 2018 and has devoted himself to a lifetime of study of DZR. In addition, he is a P.O.S.T. (Peace Officer Standard Training) certified weaponless self defense instructor through the Sacramento Regional Public Safety Center and has been a Yolo County juvenile corrections officer since 2002. He has also been studying Brazilian Jiu Jitsu as part of his comprehensive martial arts training.

Joshua Harrelson, Nidan (2nd degree black belt) began training in Danzan Ryu Jujitsu with Professor Delina Fuchs of the Chico Kodenkan in 2007. In 2008, he moved to Davis, CA and continued his jujitsu studies at Makoto Kai Dojo in Woodland, CA, under Professor Nerissa Freeman and Katie Murphy Stevens Sensei. He transferred when Professor Freeman opened her own dojo, Wasenshi Kan, in 2012. In addition to his jujutsu training, he has studied hojojitsu under Dara Masi Shihan and Pentjak Silat Ratu Adil under Professor Freeman (Japanese rope techniques and Indonesian hand fighting, respectively) and enjoys the use and training of non-bladed weaponry such as the staff, stick, and tessen (iron fan) as adjuncts to his DZR studies. He teaches in the Danzan Ryu Restorative Therapy (bodywork) program through the AJJF, having previously completed the Advanced Training level. Joshua is also a Licensed Acupuncturist specializing in orthopedics and sports injuries in Sacramento, CA.

Benjamyn Rowe, Shodan (1st degree black belt) started training Danzan Ryu with Jon Sylvia Sensei at Jobushinkan in 2013. While training in jujutsu, he also picked up boxing in his spare time. He received his first black belt with the Pacific Jujitsu Alliance in 2019. In 2020, Ben moved to the Sacramento area where he continued his training at Wasenshi Kan under Professor Nerissa Freeman. Here he received his Shodan with the American Judo and Jujitsu Federation in 2022. Since starting at Wasenshi Kan, he has been studying pentjak silat with Professor Freeman. Ben works with children with behavioral issues using a therapy technique called ABA therapy. He extends the practice of teaching to the dojo setting where he utilizes the ABA principles to help teach and motivate those around him. He is Wasenshi Kan's chief junior class instructor.

Seth Watkins, Shodan (1st degree black belt) started his studies in Danzan Ryu Jujitsu in 2015, after achieving a shodan rank in Aikido in his earlier years. He has studied DZR under Professor Nerissa Freeman for his entire jujitsu career; Toyama Ryu Battodo, a Japanese sword art, under Professor Mike Esmailzadeh of the Suigetsukan in Oakland, since 2016; and Hawaiian Kaihewalu Lua under Kumu Michelle Manu of Nā Koa since 2021. He has gone out of his way to maintain excellent attendance to classes, as well as going to local seminars, conventions, and contests. He volunteers as a graphic designer to the dojo and to the AJJF for the annual Convention. He has completed the Practitioner level of training in Danzan Ryu Restorative Therapy within the AJJF. Seth highly encourages students to participate not only with the dojo but also with the larger jujitsu community by attending events, as the greater jujitsu 'ohana can show people how much there is to learn in this style of martial art.